Peter Knight Snr, one of the founders of the NZGP Hydroplane Drivers Club some 37 years ago, passed away at 91 years old.

Peter Knight was well known for hydroplane racing, firstly in the smaller class of 3 litre with Bel Air, 6-litre Godfather, Gone Heavy and then The Boss. Peter Knight was the first New Zealander to race in Valleyfield along with his son Peter Knight Jnr. The first year they were donated the Canadian Trophy, which is competed annually for at the NZ Powerboat National Championships. Peter was to win the Masport Cup some 11 times in its 97 years history before he retired.

He kept his interest in the sport and campaigned The Boss with several different drivers Selwyn Coker, J Michael Kelly, and Raymond Hart. Peter bought a lot of sponsorship to the GP club over the years and put the GP Club on the map in its early days. Peter also had several trips to Australia to bring the EC Griffith Cup to NZ. 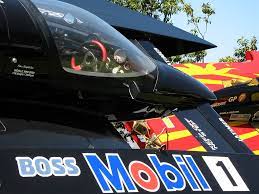 IS THIS THE PROPELLER OF THE FUTURE?